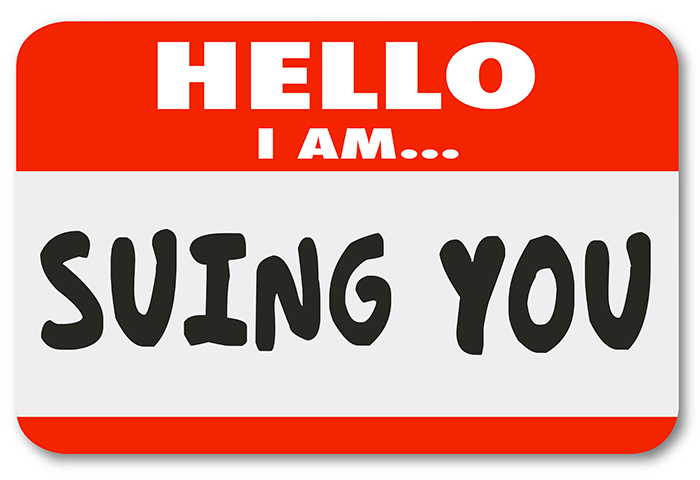 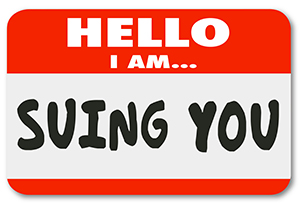 What to Expect If You Have To Sue Someone

If we are lucky, we can go our whole lives without ever being involved in a lawsuit. Lawsuits are expensive, unpredictable and stressful. Unfortunately, sometimes they are unavoidable. Whether you were injured because of someone else’s negligence, wrongfully terminated from your job, or need to enforce a contract, you may need to start a lawsuit to protect your rights. This article will tell you what to expect.

Most of the time, your lawsuit will be an Action, and this article assumes you are starting an Action. This is a basic lawsuit – the kind of thing you see on television. In Ontario, it is also possible to advance a claim using something called an Application. A lawyer can help you decide which is right for your case.

What To Do If You Need To Sue Someone

The first and most important thing you should do is consult with a lawyer.

If you miss the limitation period, you can lose your claim. Speak to a lawyer as soon as possible.

A lawyer can also help decide if you are likely to win your case, and if it is worth pursuing. Sometimes people have good legal claims, but the cost of the lawsuit will be much higher than any possible recovery. In that case, it doesn’t make sense to start a lawsuit. It is important to know that at the beginning.

If you need to hire a lawyer, you may want to look at our articles about How to Pick the Right Trial Lawyer and What You Should Know About Legal Fees.

The Steps in a Civil Action

If you do hire a lawyer and start a lawsuit, it will progress through a number of stages, all governed by Ontario’s Rules of Civil Procedure. 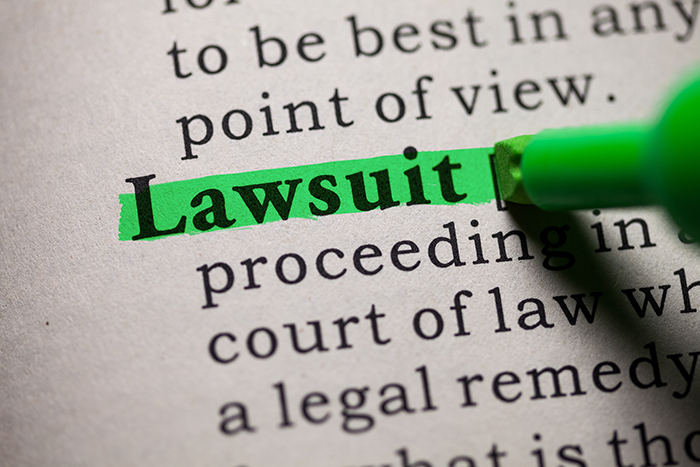 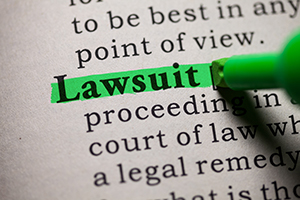 A lawsuit is started by issuing a Statement of Claim. This is a document, filed with the Court, which sets out what you are seeking, called the “relief” (damages, a declaration from the Court, injunctive relief and so on) and a summary of the facts that entitle you to this relief.

The Statement of Claim must be personally served on the Defendants, which normally means that a process server must physically hand the document to the defendant. This is about the only part of the civil litigation process that happens more or less the way you see on television.

Following receipt of the Statement of Defence, the Plaintiff may (but is not required to) file a Reply, setting out additional allegations.

Taken together, the Statement of Claim, Statement of Defence and any Reply are called the “Pleadings.” These important documents define the issues that the Court is being asked to decide. They can generally be amended as the case proceeds, particularly when new information is discovered. This entire process normally takes 2-3 months, starting with when the Statement of Claim is served on the Defendants.

Do You Want A Jury?

In Ontario, by default all civil trials are decided by a single trial judge.

The decision of whether or not you should file a Jury Notice is a strategic one based on the nature of your case, where it will be decided, who the parties are, and a number of other factors. You should consult with a lawyer who has experience with jury trials before making a decision. 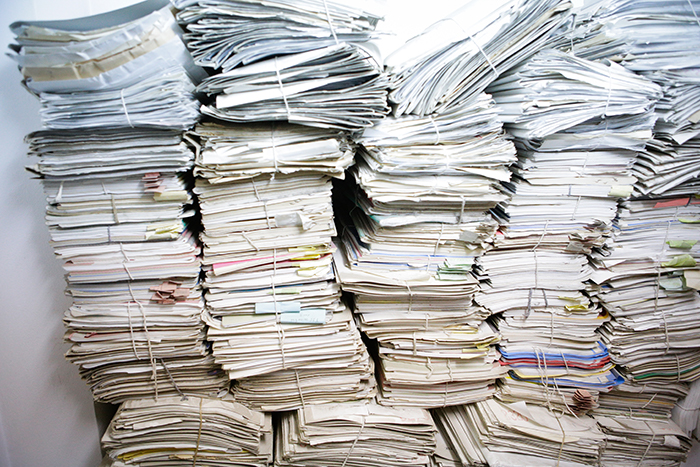 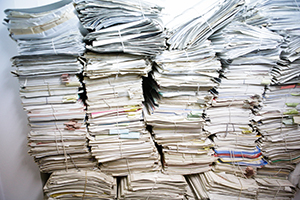 The next step in a lawsuit is the exchange of productions. Each party is required to produce an affidavit setting out every relevant document that is or was in their possession. This includes records, letters, diaries, telephone messages, tape recordings, videotapes, notes, files, memoranda, reports – basically anything that can be recorded.

You may have some documents that are relevant but do not need to be produced, such as letters to your lawyer or documents prepared for the litigation. These still need to be identified, but you can claim privilege over them. If the other side does not agree, the Court will decide whether the documents should be produced.

You must produce all relevant documents - even those that hurt your case!

It is very important that you give your lawyer all relevant documents. Not doing so can have significant consequences for your case. If you don’t know whether a document is relevant, ask your lawyer. Do Not Destroy Documents!

This stage of the litigation can be very short and inexpensive, or long and enormously expensive, depending upon the type of case and number of documents. In personal injury and medical malpractice cases, productions are usually very straightforward. In complex commercial cases with a large number of documents (often in the tens of thousands), it is sometimes necessary to hire outside specialists to scan and code the documents, enabling the parties to use them throughout the litigation.

Once the productions have been exchanged, the next step is an examination for discovery. Each party in the lawsuit is examined under oath by the opposing lawyers about the issues in dispute. This is one of the most important parts of any legal proceeding. It provides the first opportunity of knowing precisely what facts the parties will be relying upon in support of their positions.

The examinations for discovery are usually held at an Official Examiner's office. They are not conducted before a judge. Normally, there is only a court reporter, the examining party's lawyer, the party being examined and his or her lawyer present. Each question and answer is taken down by the reporter and is later transcribed and made available for use by the opposing lawyers.

Examinations for discovery are very important. If lawsuits are going to be settled, they are usually settled following the examinations for discovery, after the lawyers have had the advantage of seeing and hearing first-hand from the opposite party. This is often the first time the lawyers are fully able to assess the strengths and weaknesses of their opponent's case.

In many cases, the parties proceed to mediation, usually after examinations for discovery are complete. The parties hire a third-party mediator, either agreed upon or appointed by the Court, who will try to negotiate a settlement. Generally, mediation is only useful if both parties are willing to compromise.

In some jurisdictions in Ontario, mediation is mandatory before either party can set the Action down for trial. Whether mediation is necessary in your case will depend where your lawsuit is started.

A pre-trial conference is a time set aside by a judge to allow the lawyers for the parties to review with him or her any and all exhibits, witnesses and legal issues which may be raised at trial. The judge conducting the pre-trial conference will not be the trial judge.

The pre-trial serves two purposes: first, it ensures that the case is actually ready to go to trial, to avoid wasting Court time. Second, the pre-trial judge will usually try and settle the case. In some cases, the Court may require the parties to attend multiple pre-trials, usually in an attempt to negotiate a settlement. 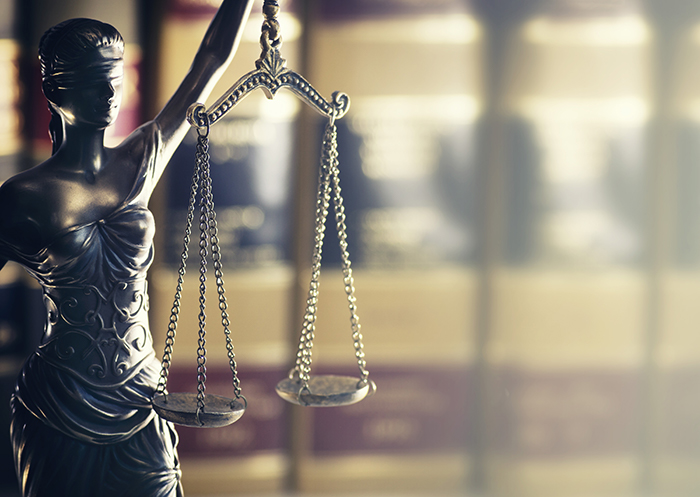 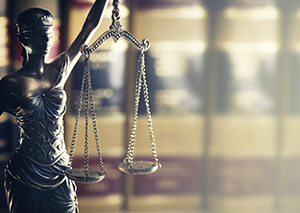 If the case does not settle, it will eventually go to trial. The timing of the trial will depend on many factors, including the type of case, the expected length of the trial, whether a jury is required, and how busy the Court is. In Ontario, it usually takes years from the time a lawsuit is started until a trial is completed.

Trials are long, expensive, and nerve-wracking for clients. Even though most Plaintiffs hope to settle their case, if you start a lawsuit, you must be prepared to take your case to trial. Make sure you hire the right lawyer.

If you have any questions or would like some more information, please let us know.